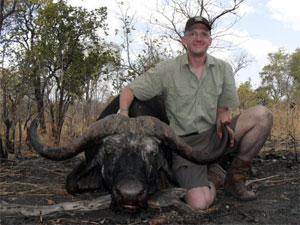 Kambako is the largest and most successful operator in the Niassa Reserve in Mozambique. Kambako offers “Old Africa” style hunting as our forefathers hunted in pristine wilderness.

Kambako Safaris operates in Block B and Coutada, adjoining leases totaling 3,000 sq km which border the Niassa Reserve along the Lugenda River. This area is located 200 km south of the Selous Game Reserve in Tanzania. The Niassa Reserve totals a massive 42,000 sq. km and creates a buffer zone around the Selous, which includes Kambako. These zones, operated by private investors assume the responsibility to preserve and enhance the flora and fauna of the area and keep the human footprint to a minimum, thus preserving the environment of the reserve.

Kambako is home to the African “Big Four”, including a large population of mature Elephant with a strictly enforced Lion off-take policy. Besides about 1,200 Buffalo and serious numbers of cats including quality  Leopard trophies, several rare species are also available including: Johnson’s Impala, Lichtenstein’s Hartebeest, Niassa Wildebeest, Red Duiker, Roosevelt Sable and Suni.

The hunting season is from June 1st to the end of November. June is cooler but the bush is relatively thick but good for cat and elephant hunting. As the season progresses, the bush dries out and tracking of game gets easier.

Two comfortable camps are operated with the larger Lugenda Camp situated on a high bank over-looking the Lugenda River. The eastern Coutada camp is nestled on the canopied banks of the Namaho River surrounded by dense bush with abundant night-time wildlife sounds. Though it is remote, Kambako has the necessary equipment and personnel to cater to any needs their clients may have. An extensive fleet of modern fully equipped, 4×4 Land Cruiser vehicles along with HF radio links, satellite telephone, email and charter plane access are all provided to ensure adequate transportation and constant communication coverage. Hunting safari days commence the morning after arrival in camp and terminate on the evening before departure. Travelling days are not considered safari days. Some exceptions may occur due to method of travel and client time availability.

There are several different options to reach Kambako but the most efficient route is for clients to arrive and depart through Pemba on the northern Mozambique coast. Pemba is serviced twice a week on  Wednesdays and Saturdays by South African Airlink on a direct return flight from Johannesburg, South Africa. 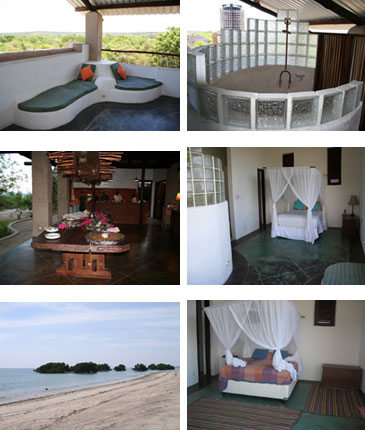 Your travel or booking agent can assist you with your travel and accommodation arrangements prior to and after your safari.

Clients flying into Pemba on a commercial flight can then fly directly into camp on Kambako Safaris company Cessna 207. With large groups and excessive luggage weight a Cessna Caravan can be arranged through Kambako to get clients in and out of camp.

Alternatively clients may wish to over-night in Pemba at Kambako’s Beach Lodge (pictured to the left).

Due to restrictions on luggage space available on certain aircraft and take off restrictions from certain airstrips, clients are requested to pack minimal luggage and to use soft bags. (The company can assist with soft gun cases). The usual weight restrictions, including guns and ammo, is two bags with a total of 30kgs (66lbs). Please note that laundry is done daily and clients should not over pack.

Customs clearance is required at your port of entry into South Africa (Johannesburg) and Mozambique (Pemba). All visitors are required to have a passport with at least two blank pages, valid for a minimum of six months beyond the intended date of departure from Mozambique.

Visas – All non-Mozambique citizens MUST have a visa to enter the country. Visas are available upon arrival at Pemba Airport for a nominal fee of US$25.

Firearms – Prior to your arrival in Mozambique all firearms and ammunition require Import Permits and police clearances that are issued in Maputo.

The following is required by Kambako Safaris to be emailed in .jpg format at least 3 months prior to your arrival: 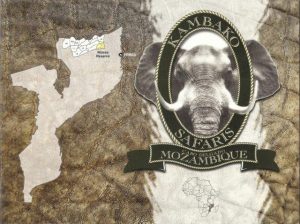 Hunting: Kambako operates to very strict quotas and clients need to reserve the animals they want to hunt at the time of booking their safari. Kambako will purchase the animal government licences prior to your arrival for the animals you have reserved. In the event that you don’t shoot these reserved animals, the government licence fees are NOT refundable.

In the event that a client decides in camp to hunt an animal which was not originally reserved and which is still available on quota, there will be a 50% surcharge amount charged on top of the stipulated pricelist government licence amount.

Mozambique borders Tanzania, Zambia, Malawi, Zimbabwe, South Africa and Swaziland. The country has one of the longest coastlines in Africa with over 2,000km (1,250 miles) with exquisite beaches, coral reefs, and islands. Inland the landscape rapidly changes to coastal plains, swamps, plateaus, alluvial valleys, mountain ranges and Miombo Woodland.
Due to the differences in latitude and the Indian Ocean, Mozambique has a varied climate. Coastal areas are considered warm and temperate during all months with surge in temperatures from October to March. Inland climates vary due to the variance in altitude but are considered moderate during the winter months, May/June/July/Aug. An average temperature of 22 degrees centigrade (72F) is encountered. Temperatures rise to 40 degrees centigrade (104F) during October/ November with seasonal rains starting in late November. Generally our hunting temperatures are pleasant with nights and early mornings being quite cool.

The official language throughout the country is Portuguese with Swahili widely spoken in the northern provinces. 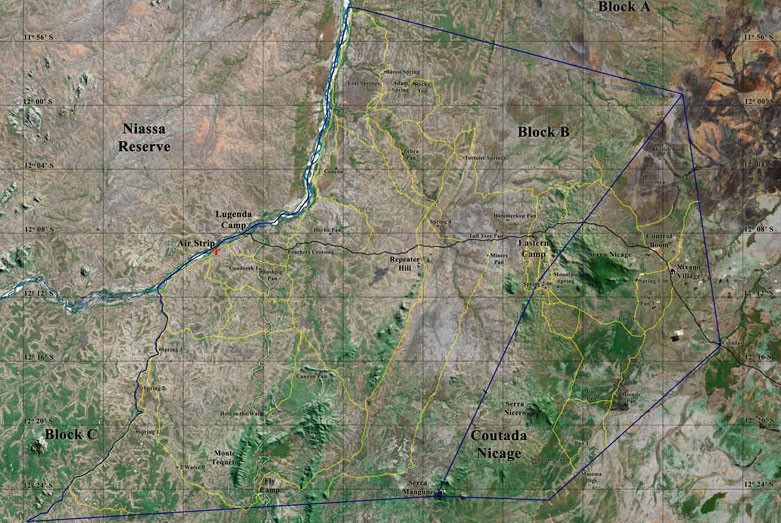 Kambako has out sourced their dipping, packing and shipping of clients’ trophies to an independent specialist, Mochaba Investments, who has been in this field for over 15 years. Mochaba’s main office is in Maun, Botswana but for the past 6 years they have had a representative based in Maputo and presently Mochaba deals with virtually all of Niassa Operators trophy shipments.

Whilst Kambako guarantees that all animals offered are covered by local and international quotas and are legal to harvest in Mozambique, the same cannot be guaranteed world wide as each country has its own import laws. This applies to CITES and the signatory countries. Kambako shall provide local permits for game animals, CITES appendix II (lion, hippo and baboon) international export permits. Before a CITES I export permit can be issued from Mozambique, (leopard), we need to have a CITES I import permit from the country to where it is going.